In software development, I often find that the simplest tools are the most valuable. If you’ve worked with RabbitMQ before you’ll know what I mean (joke, Rabbit lovers).

I’ve been working on implementing a microservice-based API at ITV for around 18 months now. It’s been an interesting departure from the typically monolithic systems I’ve worked with in the past. However, despite numerous benefits, microservices offer their own unique challenges when it comes to testing the system as a whole.

Interactions and dependencies between each individual - or group of - microservices can be tricky to negotiate. Even with thorough knowledge of the underlying domain, system-wide acceptance test failures could be due to any number of reasons and can be tiresome to debug.

In such cases, the best approach is to methodically debug the system, gradually becoming more hands-on. For example, tailing application logs, reading exceptions (if any) and inspecting access logs should come after more fundamental checks such as are all the expected services even running and healthy?

With this in mind, I wanted a simple, no-frills, graphical URL status checker.

It turned out that no such thing existed(at least I couldn’t find anything) so I created one.

Eir, in Norse mythology is a goddess of health which I thought was appropriate.

I sat on my idea of an easy-to-use status checker for some time as I wasn’t quite sure how I was going to architect it.

I’ve used Sinatra extensively for creating standalone system mocks and eventually I realised that the answer had been staring me in the face all along.

I found a great Sinatra and AJAX screencast which helped point me in the right direction. 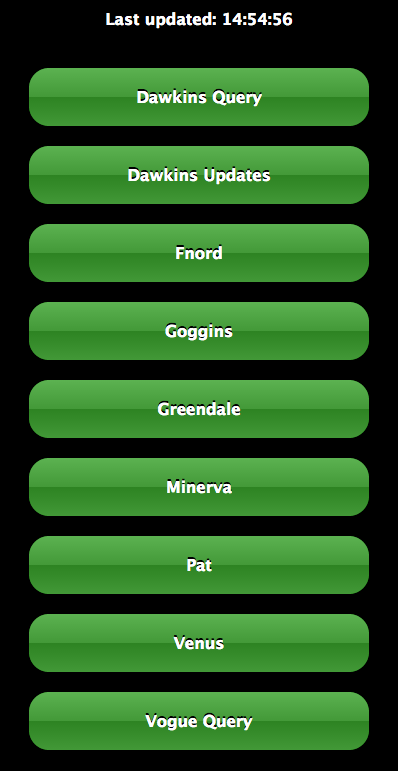 Using it couldn’t get any simpler.

If you have a Ruby project, add gem 'eir' to your Gemfile. Otherwise, run gem install eir in your terminal.

Then simply type eir in your terminal and navigate to http://localhost:8700.

That’s it, but there are more detailed instructions in GitHub.

I’ve had great feedback from my team so far but there’s loads more I could do.

I want to hear from more people about how they’d like to use Eir, so feel free to create feature requests.